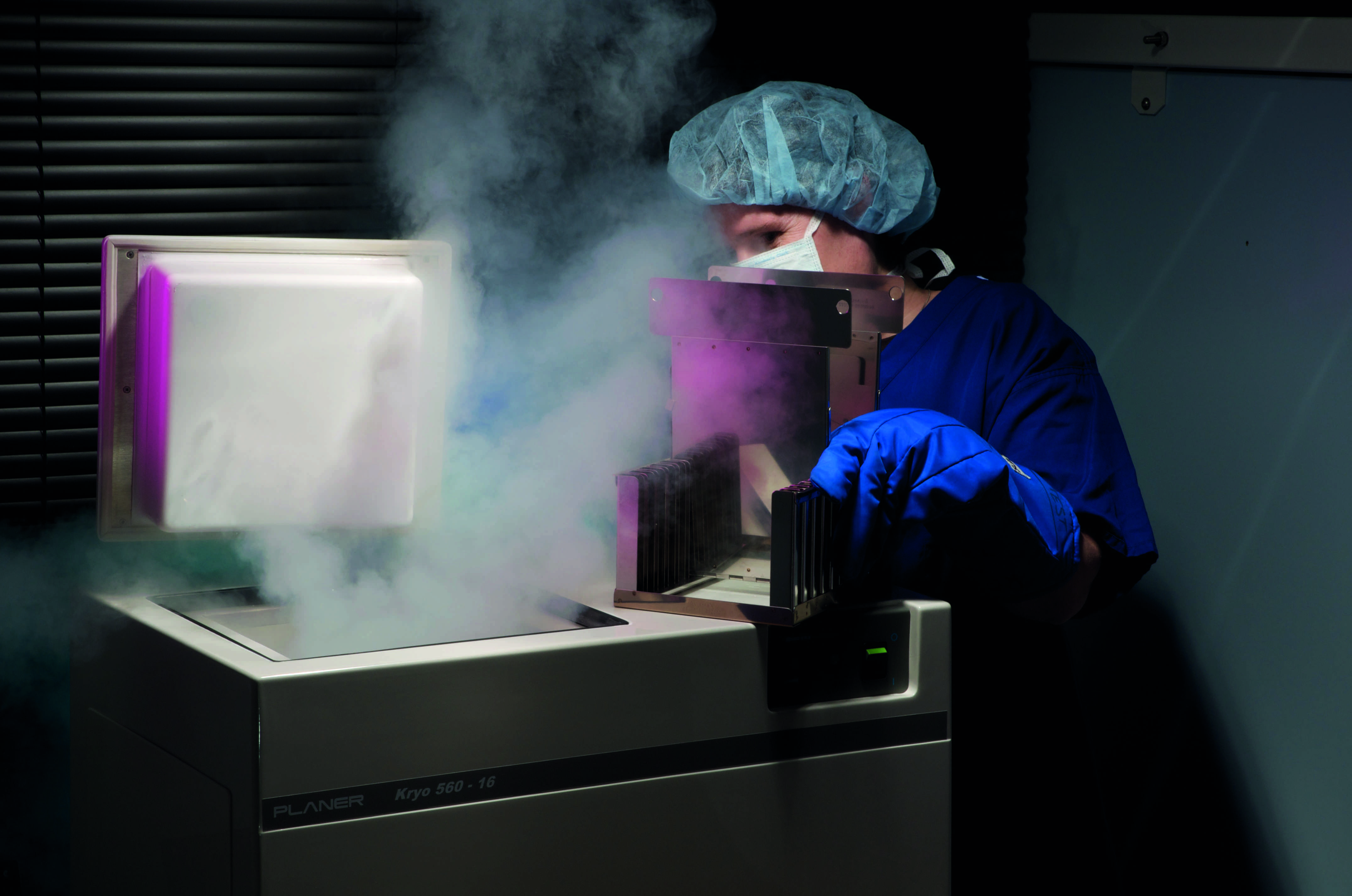 The photo shows the controlled rate freezer type that was used to pre-freeze a section of ovarian tissue from the first British woman to give birth after an ovarian tissue transplant.

The 33 year old woman had the tissue removed some ten years ago after being diagnosed with a rare type of kidney cancer. The section had to be controlled rate frozen before it could be stored in ultra-cold liquid nitrogen and this was done in a Planer computer controlled freezer.

The woman, then in her 20s, underwent a course of chemotherapy which usually results in premature menopause and infertility. The cancer treatment was successful and nine years later a team from Edinburgh University's MRC Centre for Reproductive Health, led by Prof Richard Anderson, thawed the preserved tissue and re implanted it successfully - so that in mid June 2016 the woman gave birth to a healthy boy after a natural conception.

Over 30 patients around the world have given birth after having ovarian tissue frozen, stored and re-implanted and in most cases the British made Planer controlled rate freezer was used before the tissue was stored in liquid nitrogen.

In this case the doctors removed a section of tissue from one of the woman's two ovaries ten years ago, which contained healthy but immature eggs. This specimen was treated and then frozen down in the Planer controlled rate freezer in a series of cooling steps so that the tissue was in optimum state before being transferred to a liquid nitrogen tank for storage at a temperature around -190 ℃. The cancer treatment was successful and the team carefully thawed the tissue and the pieces, a few millimetres in size, were transplanted on to the existing ovary.

The team at the University of Edinburgh have been researching the technique for more than twenty years. The Planer company, based near London’s Heathrow, has pioneered controlled temperature equipments for cells, embryos and tissue for forty years - installing some ten thousand machines in eighty countries around the world.

Geoffrey Planer commented “This offers hope to thousands of women who need to undergo treatment for cancer - hats off to Professor Anderson and the team in Edinburgh”.

For further information, please contact:-
Adrian Fuller, Sales Director at This email address is being protected from spambots. You need JavaScript enabled to view it.

Jen Middleton, Press Officer, University of Edinburgh at This email address is being protected from spambots. You need JavaScript enabled to view it.