Birth from an embryo frozen 19 years 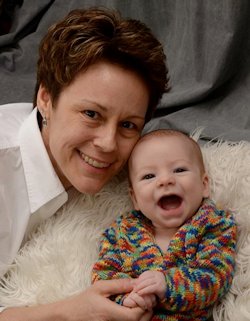 The photo shows Kelly Burke, and her son Liam James who came from a slow frozen cryopreserved human embryo stored for 19 years. Ms Burke – a 45 year old NASA scientist - had numerous fertility treatments and after some years of trying she abandoned the idea of using her own eggs and found a couple from Oregon looking to donate four embryos.

Back in 1994 the couple, from Oregon USA, had been struggling with infertility and decided to use eggs donated via the Reproductive Science Center of the Bay Area, San Francisco. Going through their own IVF this couple transferred two embryos but froze the remaining ones that had been created during the process using a British made controlled rate freezer.

The Oregon couple had twins from that IVF cycle but the other embryos remained frozen until 2012 when the couple were put into contact with Kelly Burke. She had to go through a formal adoption process but in the end legally adopted four embryos and flew to Reproductive Science Center for the implantation.

"We were all very excited about the procedure," says Dr. Deborah Wachs, reproductive endocrinologist at RSC – the fertility clinic recognised for the nation's second successful birth from a frozen embryo in 1986. "As was practised in the early 90s, the embryos had been developed to the day-2 stage and then frozen." The controlled rate freezer used was made by Planer plc who pioneer assisted fertility equipment. The three families involved in the process 'collaborated' to create a child from what the doctors believe to be the second oldest cryopreserved embryo in history.

You can read the full story at http://rscbayarea.com/press-releases/birth-from-19-year-old-embryos