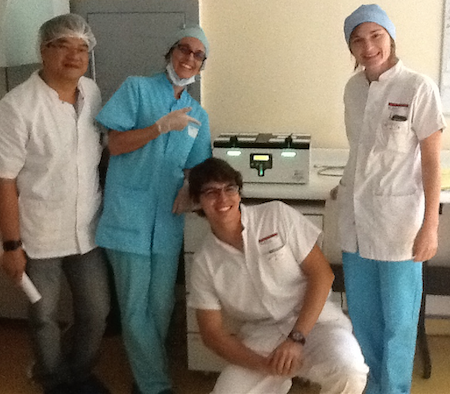 Jamie Bennet - of our IVF incubator distributor Origio- sent us this photo from Ile de Réunion, a French island about as far from London as you can get.

It is in the Indian Ocean, east of Madagascar, about 200 kilometres south-west of Mauritius.  It is however a part of France and as such part of the European Community and uses the €.

The Centre d'AMP de St-Pierre de la Reunion is an up to date hospital and the fertility clinic 'Service de Biologie de la Reproduction' have just installed our BT 37 incubators.

In case it all looks just too idyllic there, note that there is a volcano on the eastern end of Réunion Island which has erupted many times and is under constant monitoring as its most recent eruption was 5 February 2015.