News from Colorado on the Bison ART program 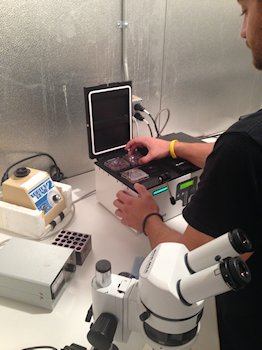 Jennifer Barfield of Colorado State University has been using our BT37s for a Bison conservation program in conjunction with the Bronx Zoo of New York.

As most of the several hundred thousand remaining bison of North America are not pure but have ancestral cattle DNA she and the researchers are trying to preserve some of the purer bison lineages with assisted reproduction.

During the successful collaboration with the Bronx Zoo in 2012 an embryo of a pure bred Yellowstone bison was removed and implanted into a healthy, 'commercial' bison with ancestral cattle genes. This surrogate bison cow was then transported, along with 15 other bison donated by the American Prairie Reserve, to the Bronx Zoo in New York.

In 1907 fifteen Bronx Zoo bison boarded railway cars for Oklahoma’s Wichita Mountain Preserve in an historic mission to help the American bison recover on the Western Plains. The aim was to restore a national icon, and it was achieved. Today, 20,000 wild bison roam the Western Plains. The herds of Yellowstone and other national parks still share a family tree with those at the Bronx and Queens Zoos. 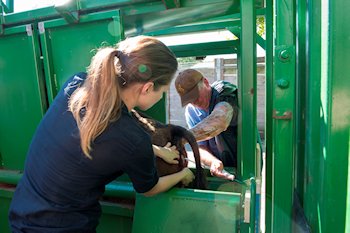 In the current project the group is hoping to use reproductive material - sperm and eggs - from Yellowstone bison that test positive for Brucella abortus, the bacterium that causes brucellosis, to generate embryos that are washed and then transferred into brucellosis-free surrogates in an effort to preserve the genetics of Yellowstone animals that would otherwise be lost from the population.

Eggs from Yellowstone bison are shipped to Colorado State University where they are fertilized in vitro and cultured in the Planer BT37 incubator until they are approximately 1 week old. Because these embryos are produced outside of the bison breeding season, embryos are frozen until late summer, at which time they are transferred to surrogate bison.

This past August, eleven surrogate bison at the Bronx Zoo received embryos generated through this project, but pregnancy status of the surrogates has not yet been determined.