Cryogenics - but not as we know it 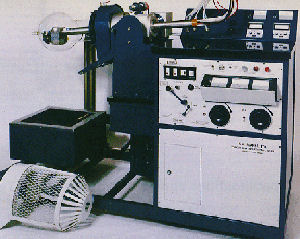 Way back in 1972, Dr Malcolm Green (an academic at Oxford University and now Professor) contacted Planer about purchasing an electron beam furnace for a rather unusual application. The idea was to use vapourised metals, especially refractory ones such as titanium and tungsten, as reagents to make novel chemical compounds by condensing the vapour of the metal with that of an organic compound. This might be done by co-condensing the constituents on the wall of a rotating liquid nitrogen cooled reactor.

This new technique was termed Metal Vapour Synthesis, and marked the beginning of a long and fruitful collaboration between Oxford and Planer. A PhD student  - Dennis Young - was jointly funded by Planer and the UK's Science Research Council under the CASE Scheme and - with Planer's Peter Norgate - built an apparatus for doing these experiments. He successfully made the highly novel organometallic sandwich compound bis(benzene)titanium for the very first time. The apparatus was then commercialised by Planer (shown above) and quite a number of units were sold to academics and industry worldwide.

A subsequent CASE student - Geoff Cloke - again working with Malcolm and Peter, significantly refined the technique and the apparatus to increase both the scale on which reactions could be performed and the range of metals which could be used, including highly refractory elements such as tantalum and tungsten. A second generation of commercial machines, based on this design, was then developed by Planer in the mid 1980s with sales in India, Japan, Russia , Germany and several in the USA. Geoff Cloke is now a Professor at the University of Sussex (and an FRS) and still uses the technique to this day, employing a "home-built" version (shown on the right) of the Planer equipment, to synthesise, amongst other things, organometallic precursors for the deposition of thin films by  metal organic chemical vapour deposition. 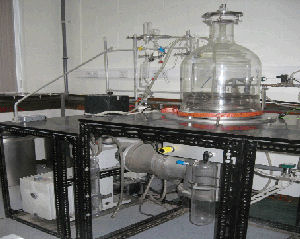 The technique has been used to  make new classes of chemical compound which are inaccessible by other methods, and which challenge the accepted limits of chemical bonding. The resulting compounds could be used in areas such as catalysis, micro electronics and are of great academic interest.