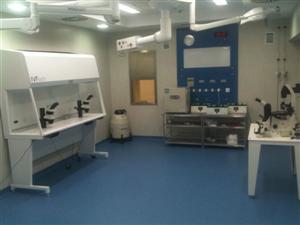 In Spain there are around 600,000 couples of reproductive age who are subfertile and according to the European Institute of Fertility 16,000 of these have trouble getting pregnant each year. They need specialised help form centres such as a new clinic in Marbella, Spain which has just opened. It is some five kilometres from the centre in a  medical complex  - it is state of the art technology there and they have just installed three new Planer precision incubators.

Director, Enrique Criado Scholz, says " The IVF lab is the "engine" of our centre so that we haven't skimped on anything. We use the latest scientific techniques and equipment. Our work specialises in growing blastocysts -  the embryonic stage that occurs around the fifth day of development - and which has several advantages over other early embryonic stages. Blastocyst cultivation facilitates selection of good quality embryos and hopefully increases implantation rates while decreasing multiple gestation rates. It also promotes synchronisation with the receptive endometrium as the implementation in a natural cycle occurs in this early stage. For us it is very important not to alter, as far as is possible, the environment of the embryo which could diminish its potential and increases cellular stress and fragmentation. It's for these reasons we bought the new BT37 incubators. They are ideal for the cultivation of embryos until this stage because, as well as other advantages relating to temperature, moisture and gas, they give low oxygen concentrations which more faithfully reproduce the conditions found in the uterus. This improves the quality of Blastocyst development resulting in an increase in implantation rates, and so finally of pregnancy."

Enrique is backed up by Dr Manel Elbaile, Medical Director and Cristina Gonzalez, embryologist. Their team brings together specialists with careers in Spain, Italy and the United States and they are backed up by a specialised nursing team used to international work. On offer are treatments for sterility, induction of ovulation, artificial insemination, IVF and ICSI, pre-implantation genetic diagnosis (PGD) and semen analysis. Enrique's last comment: "I feel sure that FIV Marbella is up there with the most advanced clinics for ART in Spain".