‘Current Frontiers in Cryobiology’ Book Launched With Help From Planer 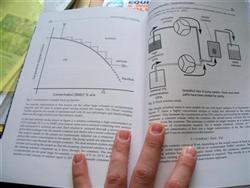 Planer is pleased to announce the publication of what is set to be an industry leading book on cryopreservation, "Current Frontiers in Cryobiology". Steve Butler, Planer’s Technical Director, and Professor David Pegg of York University contributed a chapter in the book which, amongst other topics, explored the new technique of slow vitrification called Liquidus Tracking.

In the chapter Butler and Pegg discuss practical aspects of cryopreservation in general - mechanical and liquid nitrogen freezing as well as slow freezing, vitrification and a radically new method - slow vitrification. This new technique called Liquidus Tracking was developed to cope with samples that are unsuitable for preservation by conventional means such as controlled-rate freezing and ultra-fast vitrification. Controlled-rate freezing tackles the problem of inter-cellular ice and conventional vitrification inherently prevents the formation of ice, but it typically relies on ultra-fast cooling rates of around 20 000 oC/min - unachievable with large samples. By slowly increasing the concentration of cryoprotectant during the preservation process, the Liquidus Tracker prevents the formation of ice crystals within the samples, allowing vitrification without the necessity for fast cooling rates, so potentially permitting the vitrification of larger samples. Visit http://planer.com/products/vitrification/liquidus-tracking.h... for more information on this technique.

The book has been published by InTech and contains a series of chapters on different aspects and trends in cryobiology and cryopreservation. InTech are one of the pioneers of open access publishing in the Science and Technology field and have collaborated with more than 60,000 authors on 12 journals and 1400 books since they were established in 2004.

The book is available in a hard copy version and also at http://www.intechopen.com/books/current-frontiers-in-cryobio...
It is a global effort by scientists from 27 countries from all continents. Almost a decade has passed since the last major textbook on the science of cryobiology, Life in the Frozen State, was published. Recently, there have been some serious shifts in cryobiology that may have a profound effect on its future and the development of new cryopreservation methods and the aim is to introduce recently emerged practical protocols and new ideas in cryopreservation.

About Planer
Specialising in the control of temperature and other parameters in the laboratory Planer helps customers achieve their scientific breakthroughs in biology, medicine and industry. Planer pioneered the development and use of many controlled temperature products as well as monitoring and logging of other key parameters. They hold a number of patents, and have received the Queen's Award for Technology as well as awards from the DTI for Innovation and Good Practice in Microelectronics.

Below is the evaluation of Bone Marrow-Derived MSCs after Cryopreservation and Hypothermic Storage; a recent paper in Tissue Engineering by Dr Irene Ginis and colleagues at Teva Pharmaceuticals. 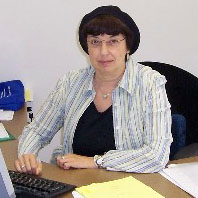 In probably the first study to examine the efficacy of long term cryopreservation of human bone marrow-derived Mesenchymal Stem Cells (MSCs)  in an animal product-free medium, the efficacy of cryopreservation of MSCs was evaluated by Dr Irene Ginis and colleagues at the Cell Therapy Laboratory in Teva Pharmaceuticals. There is a definite need from users of MSCs for a clinically acceptable "off-the-shelf" cell therapy product.

A rate controlled freezing program was optimised and carried out in one of our programmable cell freezers.  About 95% of frozen cells were recovered as live cells after freezing in CryoStor xeno-free media, with 5% and 10% DMSO followed by storage in liquid nitrogen for a month. Cell recovery after five months storage was also good (around 80%) and proliferation of MSCs measured during 2 weeks post-plating was not compromised and seemed even enhanced. In addition to good recovery the percentage of apoptosis in recovered MSCs after storage in liquid nitrogen was also low. Cryopreservation did not alter expression of MSC markers and their ability to differentiate into bone progenitors.

Overall the results demonstrated that human MSCs could be successfully cryopreserved for banking and for preservation of patient's own cells for repetitive transplantations.

Regeneration of non-union bone fractures is a long process taking months and in cases of substantial bone loss even years. It is likely that repetitive MSC transplantation will be necessary to accomplish full healing. Therefore successful clinical grade cryopreservation of MSCs for bone repair is the most urgent need. In the study previously cryopreserved MSCs demonstrated the same degree of osteogenic differentiation as their unfrozen counterparts.

The authors evaluated clinical grade media for cryopreservation of human MSCs using a 560 Planer programmable cell freezer and they optimised freezing and thawing programs. Quantitative tests of cell viability and apoptosis were adapted for MSCs still remaining in post thaw suspension. Enhanced proliferation rates of post-cryopreserved MSC were observed - an important point to note for the scientific community.

The authors believe that this study will contribute to acceleration of MSC application for treatment of non-union bone fractures and other types of tissue injury. Successful cryopreservation and storage of MSCs should promote the creation of MSC banks. Dr Ginis and colleagues hope that a standardised protocol for MSC cryopreservation would also resolve variability of the data between different laboratories and enhance collaborations within the research community.